Are you making posters, event pages or sharable content to promote a Jollyboat show? Good. We approve. Here's some resources to help.

If you need anything that isn't here, just contact us at the usual place. 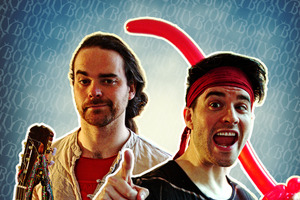 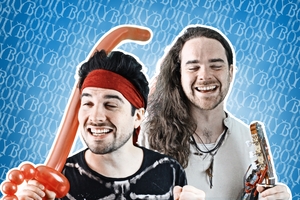 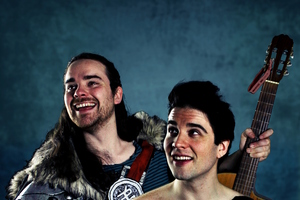 Feel free to write something tailored to your audience, using this as a base.

Jollyboat are the UK's best comedy-pirate geek-rock bard duo. Brothers Tommy and Ed write catchy songs and lyrics packed with fast-paced one-liners. They always have fun, and it's highly infectious.

Jollyboat have performed at Glastonbury festival, Edinburgh Fringe, won the UK Musical Comedy Awards, and toured Europe & Australia. With comedy, music, and live video & graphics, this is a show unlike anything you've seen before!

Here's a shorter one

Award-winning comedy bards Tommy and Ed present their best comedy songs from a 10 year career as one of the most popular acts at Edinburgh Fringe. If you like catchy songs and fast-paced jokes, you'll love Jollyboat.

★★★★★ "It's wonderful to see a comedy duo with such natural chemistry who clearly love to make each other laugh." — Broadway Baby

★★★★★ "Essential viewing... before they become even more successful" — LSMedia

Available as SVG (print) or PNG (web), all on transparent backgrounds.

We don't need much to put on an awesome show:

For 40m+ shows, or certain song requests, we also require:

We may be able to bring a projector, 2 mics and a DI. We can't bring mic stands or a PA.

If you need something to share, or show to a colleague, try these!