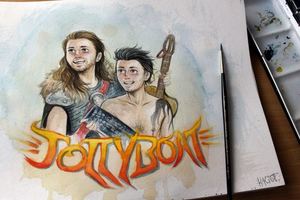 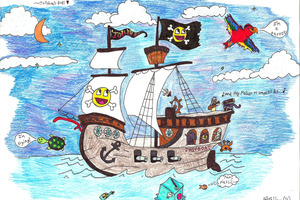 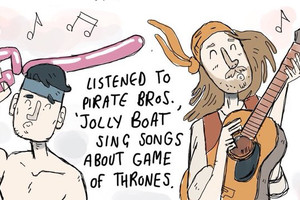 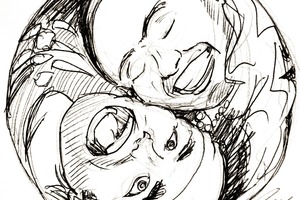 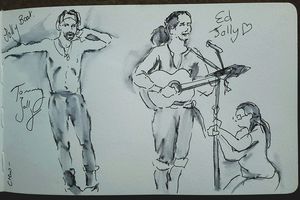 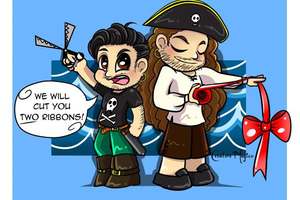 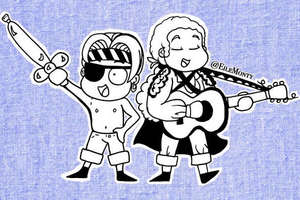 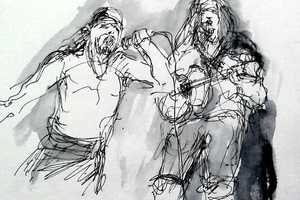 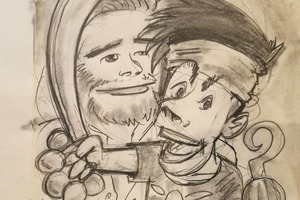 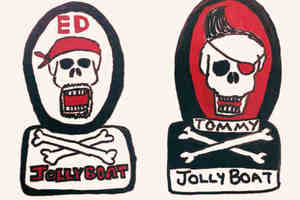 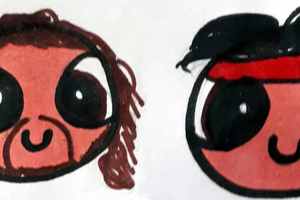 A major advantage of playing geeky comedy songs is that you get to meet other awesome nerds, play boardgames and make terrible puns. To hang out with us and our awesome geek fans, join us in the Facebook Fan Community.

This page is a tribute to all the cool stuff fans have made for us. Somebody also once made us some custom Jollyboat underwear, but we... er... lost them.

By Kate Stevenson. In tribute to our Khaleesi/ Daenerys song. 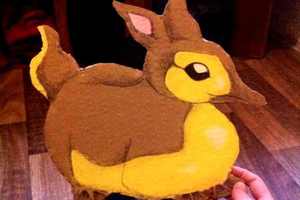 By Poppy Pembleton. In tribute to our 'Dungeons and Dragons' song. So Cute! 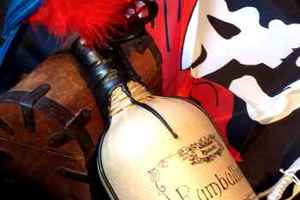 By Daniel Nye. Daniel's pirate giftbox included the most sublime rum, as well as house decorations! 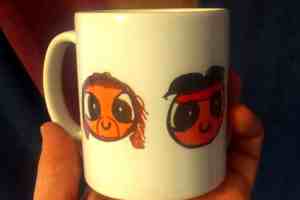 By Bin 'Dangerous' Davenport. Bin one-upped her art by putting it on mugs! 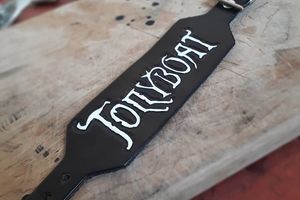 By Badger of Trollskin. Trollskin makes leatherwork to order. Check them out! 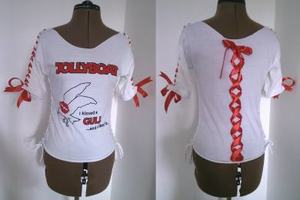 By Kate Stevenson (again!). This masterwork of a t-shirt is extra wenchy!

By Lissa Rocha Herron. Lissa turned up to JollyCon with these amazing knitted dolls. 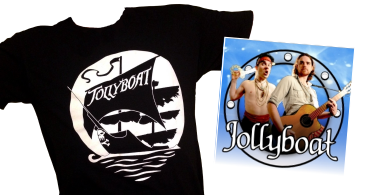